From squares to dots!

I've had a Love / Hate relationship with this project from the start but now that its finished, I can say I kind of like it. Even though during the "Love it" stage, I thought I might keep it, I've decided to donate it to my quilt guild's charity committee. I hope that someone of an independent nature receives it and loves it! 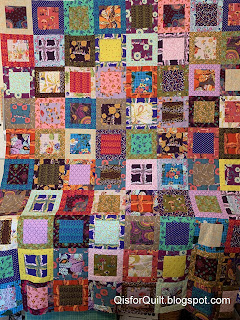 It gave me or actually I should say I gave myself plenty of learning situations during construction. From snipping into seams to sewing several rows in upside down, I experienced it. Not whining about it but I am realizing I need to take more care and pay attention.

I've moved on to finishing my "Just Dotty" UFO which I didn't realize until recently needed finishing. It measured approximately 59" square which seemed an awkward size to me so I decided to make an additional 3 blocks for it. When finished it will be a throw size and I'm definitely keeping it for myself! 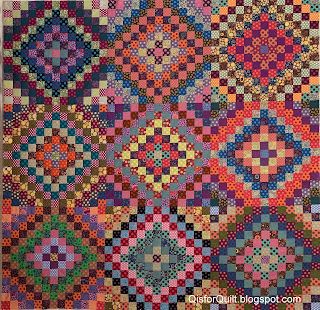 I began this quilt in a class with Kaffe Fassett and Liza Lucy at the Houston Quilt Festival I don't remember how many years ago. I used polka dot fabrics or fabrics which had circle designs, some KFC and some from other lines of fabric. Its a happy quilt! 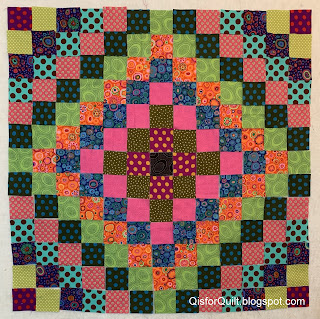 I may say this about nearly every quilt I make but the colors are so much better in person! 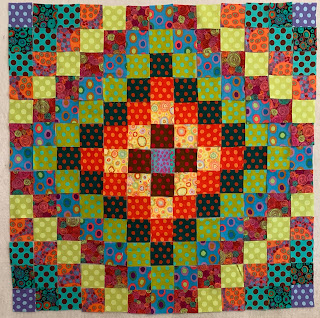 I don't think I ever shared this UFO project (below) which I began several years ago. When I began the moon collage "pattern" by Susan Carlson I allowed myself to use only fabric which I had on hand. Its not finished or glued yet, but it was something fun and challenging to try! 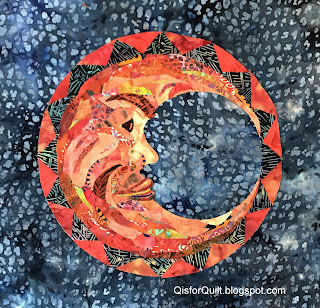 love the scrappy quilts and esp the moon face...

Oh, isn't it a wonderful feeling to get things moving along, and finished up?

Yay for some progress on the UFO's. They are never ending! lol So glad you're keeping your dotty quilt. If the colors are better in person then it's a lovely, lovely quilt!

When I stand before God at the end of my life, I would hope that I would not have a single bit of talent left, and could say, 'I used everything you gave me.'